There are many myths surrounding dead bodies that you likely think are true. From growing fingernails and moving corpses, to your organs appeal to thieves post mortem, to name a few. Here are 6 myths about dead bodies we are dying to correct.

Myth #1: A Dead Body’s Hair and Nails Continue to Grow

How creepy would this myth be if it were true? Opening the tomb of King Tut would be much weirder if it were true. Let’s first use our common sense to address this myth. To make hair and nails, the body needs living tissue to make hair and nails, they aren’t just lying under the skin in wait. The body has to physically make them and if the person is dead than there are no “working” cells.

Fingernails appear to grow as the skin around it begins to shrink. After death it is not uncommon for a body to begin to dry out. Unless they are in a very humid environment, fingers that are exposed to the air start to mummify after only a few days. The skin gets dry and retracts, leaving long looking fingernails.

Hair appears to grow for similar reasons as nails, as the skin around facial hair or leg hair begins to retract. The second reason that begin to appear as if they are growing is because of rigor mortis, which we will also talk about later. Rigor mortis is the term used for the stiffening of the muscles after death, and attached to each hair is a muscle called an arrector pili. This muscle is responsible for making the hair stand up on the back of your neck when you’re scared or keep you warm, which results in “goose bumps”. After death, this muscle is subject to the processes that result in rigor mortis, just like every other muscle. Therefore, it causes the hair to stand up straight and give the appearance that it is longer.

After death, the only people with blue eyes are the ones that had blue eyes before death. This myth likely came from postmortem changes to the corneas. After death, the body immediately starts the process of decomposition. In a matter of hours a cornea can begin to appear cloudy and have a blueish tint. This process could take days to appear, depending on the circumstances. It looks less like a someone who has a blue iris and more like a White Walker from Game Of Thrones, just not as dramatic.

Considering something “safe” may depend on the situation. A dead body may carry diseases that could be dangerous to those performing an autopsy, such as tuberculosis, but that doesn’t mean that the body itself is the real danger.

Embalming chemicals are highly toxic and are considered cancer-causing agents. Although the embalming fluid removes much of the blood, and will kill living organism in or on the body, it is not a safe procedure for the living people doing the embalming. They are required to have protective equipment and training in order to perform such a procedure. Cancer is a common disease amongst those in the funeral industry due to their proximity to embalming fluids. Just another reason to appreciate your local death professional and the sacrifices they make.

Dead bodies do not contaminate ground water. If dead bodies were that dangerous than we would be embalming every squirrel and opossum that gets run over. There is also a rumor that the gasses produced by a decomposing body can be dangerous. Unfortunately, the decontamination businesses that spout this are just trying to scare you. Tell them to take a hike.

False. Bodies are not always stiff and is only stiff for a brief period of time. The stiffness is thanks to the process known as rigor mortis. When a person dies their cell no longer produce adenosine triphosphate (ATP), which is the body’s way of transporting energy.

Normally, after a muscle contracts, ATP is required to release the contraction. When a person dies there is still ATP available, but since the body is no longer producing ATP the supply eventually runs out. When that occurs, there is no ATP to release the muscle contractions and the entire body becomes stiff. Eventually, over the next few hours to days, the body starts to break down and the muscles release.

When rigor mortis begins, is fully developed, and starts to recede depends on numerous factors, including the environment, the ATP available prior to death, and the person’s muscle mass. Someone who has been fighting for their life prior to death would have less available ATP. On the contrary, someone that has been bead-bound prior to death and has lost much of their muscle mass may rigor mortis that is less obvious and recedes quicker. Isn’t science fascinating?

Myth #5: Someone Could Steal My Organs After Death

Truth be told, no one wants your organs once you’re dead. A dead heart or kidney is still dead and can’t be transplanted once you’re heart has stopped pumping. Bone, skin, eyes, and tissue are another story.

Bone, skin, eyes, heart valves, cartilage, and other similar tissues do not have those kinds of restrictions. These can be donated up to 24 hours after death and can be used for transplants in living people. Isn’t science fascinating?

The one thing they don’t want to do is steal it. Lives organs are valuable to those that are on transplant lists, but other pieces are more common, since they can be procured after death. Not to say that they don’t have value, just not black market value.

Believe it or not, not all embalmers are created equal. There are really great embalmers that can keep a body preserved for years to come, while others are so poor you’d never even know embalming occurred except for the trochar holes.

Even the best embalmer cannot preserve someone forever. Most of us will never know how well preserved our entombed loved ones are, unless they start walking among us. If that is the case, chances are that preservation is not their biggest concern.

Secrets from a Crime Scene Cleaner

#truecrime in the realest sense! Check out these secrets from actual crime scene cleaners.

Crime Scene Cleaning is a profession that few people realize exists—until tragedy strikes, and suddenly they have to deal with the unimaginable. That’s when they call a select group of iron-stomached, steel-nerved workers known as trauma scene restoration specialists, biohazard remediation technicians, or simply crime scene cleaners.

Understanding Time of Death in NC

When you are informed that a loved one has died, it may be important to know the time of death. Some of our loved ones die in a hospital with a doctor or nurse nearby to pronounce them. In these cases, the date and time of death is known and certain. Although, sometimes, our loved ones pass at home and are not found for hours or, sometimes days. It is usually important to the family to know the exact date and time of death, but that can be complicated, and is an usually impossible task. 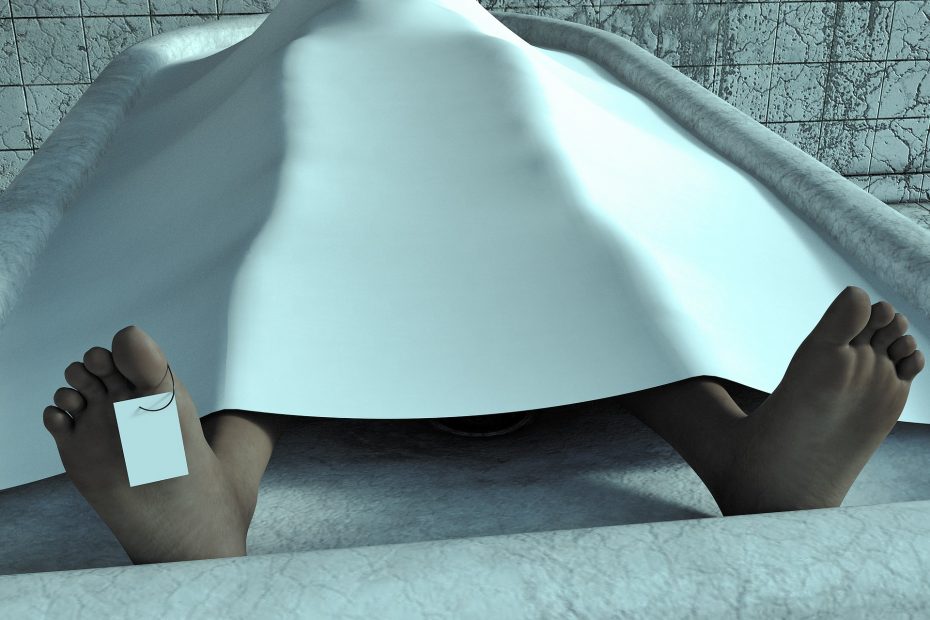